Haptics provides sensory stimuli displaying the interaction with virtual or tele-manipulated objects. The haptic feedback can be provided to the user via tactile information and via kinesthetic feedback. Here we focused on measuring the interaction forces during neurosurgical tasks performed on a brain phantom, with the aim of understanding which could be the best haptic feedback in a real tele-operation scenario. We instrumented three neurosurgical tools using Force Sensitive Resistors, for measuring the contact forces exerted by surgeons to tools. A load cell placed under a brain phantom measured the tool-tissue forces. Three neurosurgeons were asked to perform typical actions on the phantom. The measured surgeon-tool contact forces ranges, i.e., 0.01 - 3.49 N for the thumb and 0.01 - 6.6 N for index and middle fingers, fit the range of the cutaneous sensitivity of the human finger pad. The measured tool-tissue interaction forces were from six to eleven times lower with respect to the contact forces, i.e., 0.01 - 0.59 N. Eventually, we believe that convey only the cutaneous component of the haptic feedback would transmit a sensation comparable to that present when both cutaneous and kinesthetic feedback are given. Additionally, this approach does not compromise the stability of the haptic feedback loop. 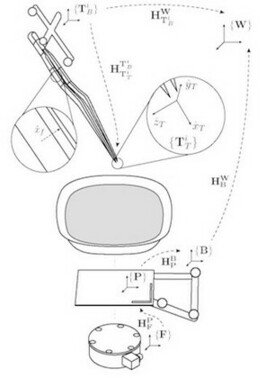